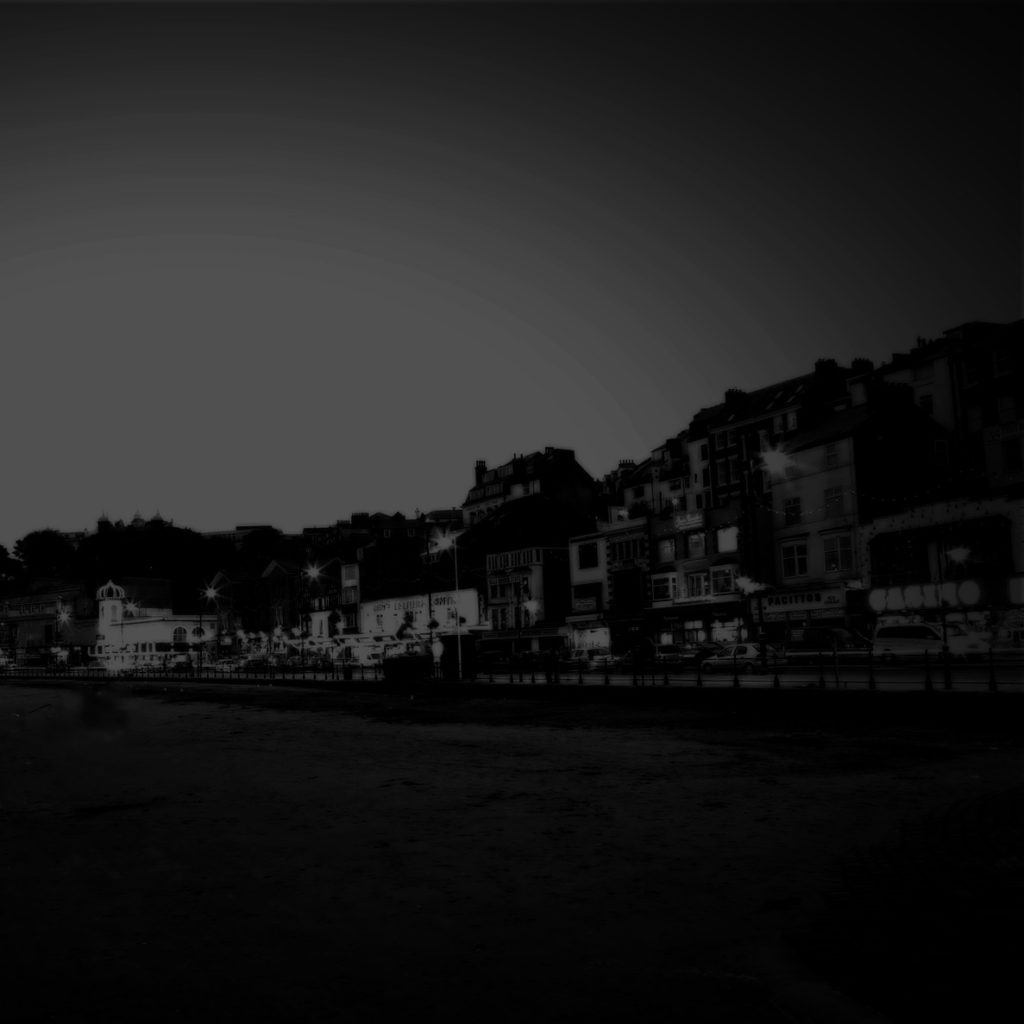 This is a tale told at night in stealthy footsteps and fretting heartbeats. . .

On the way to Old Man Marflitt’s, Mattie thought about telling Tommy. He could keep a secret. He’d understand about wanting to be with family. Might even persuade Grandma – she were that soft on him.

spaceOld Man Marflitt left his door on the chain and peered through the gap.

space‘Not in. Try down The Hand.’ He slammed the door and Mattie headed for the pub.

Someone had plastered a notice on the corner of Tom Wherrit’s Steps. Mattie stood and read:

There will be a Meeting in the Upstairs Function Room

The Hand of Providence

to discuss The Seal Problem.

All fishermen and proprietors of other businesses likely to be affected

are invited to attend

That was awkward. Saturday night was bath night – and Grandma wasn’t very flexible about bedtimes either, but he had to be there. He walked down towards the harbour and started to plan how.

space‘Mind where you’re going,’ Tommy called. ‘You’ll have paste all over the causey.’

spaceHe stood still. Tommy stepped down from an orange box and moved a large tin of sloppy glue from the pavement. A bag slung across his shoulders rustled. A few posters rolled round like giant white quills.

space‘Good job eh? Dead easy – I just stick them up all over the show, go down The Hand and get paid.’

spaceHe pointed at the side of the newsagents. ‘Mr Weighell dun’t seem to mind if they’re straight or not – but I do. Look at that – right as ninepence.’He turned and beamed.

spaceTommy held out his brush. ‘Do you want a go? – I’ll learn you what to do if you like.’

spaceMattie stuffed his clenched hands in his pockets and stared at the drips of glue dissolving on the damp stones. His family were not a ‘problem’.

space‘No – I’ve a message for Mr Bedlington to deliver.’

space‘Well, you’re going the wrong road – he’ll be up at the Temperance by now.’

spaceTommy waved the brush towards the other side of town. Plumes of glue spurted and fell from the bristles. ‘Only a few left to go – see you soon.’ He began to hum and headed downhill.

spaceMattie wandered away until Tommy was out of sight. He rested his elbows on a wall and stared out to sea without really seeing a thing. Gulls called. A train hooted. Somebody tipped rubbish into an ashcan and clattered the lid. The evening grew thin and grey and a few lights appeared on the horizon. It turned cold and he went back to Nab House.

Mattie laid low the rest of the week. He delivered on time, kept out from under Grandma’s feet and made no mention of the sealskin. Out fishing, Granddad told him he was wise to wait.

space‘Her bark’s worse nor her bite – she’ll come round,’ he said.

spaceThey ate Saturday tea in silence. Granddad was listening to the cricket. Mattie spread a thin layer of food on his plate and pushed it around. Grandma gave him a nudge and spoke softly.

space‘Eat up lad; you’ve hardly touched your tea. Best York ham that is – off the bone.’

spaceShe spoke to Granddad. ‘I reckon he’s sickening for summat.’

spaceHe turned his back on her and twisted the volume up. Mattie leaned over and whispered. ‘I’m feeling a bit tired – I think I’ll have a bath and an early night.’

space‘You do look a bit peaky.’ She felt his forehead. ‘Bit of a temperature, happen,’ she said to herself, then pushed him away gently.

space‘Off you go love – there’s plenty of hot water in the cistern – I’ll come up later.’

spaceHis chair squeaked across the floor. Granddad turned and glowered. He crept out and headed upstairs. It wasn’t long before Grandma came to tuck him in. She patted down the covers smooth as a ski slope. He kept quiet and hoped his impatience came across as feverishness.

space‘Good night and God bless – I reckon you’ll be right as rain in the morning.’

spaceHe listened for her footsteps. Outside, the seals murmured and the sea shushed among the boulders. Her tread went downstairs, across the landing and right to the sitting room. Cheery music blasted out, then the sitting room door closed. Only a dull rumble carried on.

spaceLight faded across the bedroom. Thin stripes sneaked under the rippling curtains. They advanced and retreated as the room breathed the night air. He waited and watched the pale green hands move on the alarm clock.

spaceAfter a good ten minutes, he dressed. His Sunday best trousers flapped round his ankles. He pulled his darkest socks up and over the hems. His old school jumper was a bit tight but it would have to do. A muffler went round his neck and he tucked the ends. He wished he’d found a cork to burn and camouflage his face like the French Resistance.

spaceA thin wail came up from the bay. He took a deep, slow breath in and set off.

spaceHe was on the landing when the sitting room door opened. Music from the TV blared and a searchlight swept across the hall. He pushed his back against the cool plaster and stood still. Grandma called something over a swelling chorus and Granddad’s voice came back after some applause.

spaceHer slippers flapped across the hall. Mattie held his chest and took tiny breaths through his nose. She must be able to hear his heart thumping. The light in the kitchen clicked on, loud as a gun being primed. He slid one step upstairs out of view, willing the tread not to move. It creaked, and then groaned on the rebound.

spaceGrandma’s voice was quick and suspicious.

spaceGrandma padded out of the kitchen. Her shadow filled the hall and crept up the steps. Mattie held his breath and waited. The hall clock whirred and the chimes sounded for quarter to.

space‘Poor old thing – clock’s getting past it like me.’

spaceHer feet moved away. The tap ran and the kettle clattered. Then came the click-click-click of the lighter followed by gas whooshing from the hob. Cups and saucers tinkled. Tea things thudded onto a wooden tray and she returned to the sitting room. The door curtain swished and the house went quiet. A long breath fled past his narrowed lips. He let his eyes adjust then tiptoed out to the porch. He squatted down and drew his boots towards him slowly and quietly.

spaceClick. The kitchen light blazed. He shrank back into a tangle of coats. Granddad.

spaceA drawer slid open, teaspoons jangled and tinkled. Granddad’s reflection grew smaller in the porch windows and the light went out. Mattie wriggled out from the coats and jammed a woolly hat over his forehead. The thought of Tommy made him scowl. He picked up his boots and took them outside in his stocking feet. Time to go.

spaceShadows shifted all the way down to the harbour. They lurked away from the sparse streetlights and loitered in the narrow passages between the houses. When the clouds smeared across the thin moon, they came out boldly. The wind moved the clouds aside, the stars came out and the patches of darkness crept back to the edges of the streets.
spaceHe made it down to the baiting sheds without the light touching him once. He stood still, thinking which way to go.

spaceAll along the Esplanade, coloured bulbs shone in broken necklaces. They cast blotches of colour on the buildings huddled around the harbour. Their reflections zigzagged between the boats in an elastic jigsaw. Scarlet bars of neon hummed and rippled across the amusement arcade. Broken tubes left gaps like black teeth. The glow spread as far as The Hand of Providence, dimming briefly as the patterns changed.

spaceA figure with a stick passed in front of the display. His silhouette moved slowly across the volcano-red glare, black and limping. He turned by the change kiosk and headed for the pub. Mattie waited for the darkest phase of the lights and made a dash for it. His boots flobbered across the cobblestones. He slid into the gap behind the pub and wedged himself into a pitch-black corner.

spaceRepeated snatches of music, mechanical laughter and space-age sound effects drifted on the night air from the arcade. Close by, men greeted each other and went into the pub. The church clock struck the quarter hour. Rough hands drew back the curtains from an upstairs window of the pub and light tumbled out. Mattie crouched down out of the way.

space‘Gentlemen – we are here to discuss something vital to the economy of Scoresby. You do not need me to tell you-’

space‘You don’t need to tell you the threat posed by the growing menace on Scoresby Nab. They take our cod, our mackerel and our herring.’

space‘Not to mention the lobsters from us creels,’ an angry voice shouted.

space‘They take what they want and damage the rest. They take – and they give nothing back.’

space‘They give off a stink!’

spaceGuffaws followed. The hubbub died down.

space‘I have obtained the necessary permissions, despite some vandalism…’

space‘That remains to be seen – but rest assured, the culprit will be caught and punished severely. Defacing statutory notices will not be tolerated in Scoresby.’

spaceMattie flinched. His fingers felt sticky. The sounds of cheers, agreement and the banging down of beer glasses spilled out into the night air.

space‘Gentlemen – we need is a few stout men and true to carry out our duty. This year it falls upon Sunday 26th September. These creatures must be dealt with in our time-honoured way and I hereby call on the men of Scoresby to volunteer.’

spaceMany versions of Aye, I will washed across the room.

space‘There will be recompense for your time, of course.’

spaceThe room settled down into a steady rhythm of smoking, talking and drinking. Crisp packets rustled, dominoes chinked and men were thanked for signing up. Mattie shivered. So little time to warn the colony.

space‘How can I help, Mr Cammish?’

space‘I believe this to be a public meeting?’

space‘Then as a member of the public I have something to propose.’

space‘Please be my guest – the floor is all yours.’

spaceThere was a bit of shuffling and then the fisherman spoke.

spaceFurniture and floorboards creaked and then settled.

space‘You see this? That’s what one o’ them vicious creatures did to me. You can see the bite marks where it attacked me – unprovoked.’

spaceMumblings passed from the room into the night air.

space‘And that’s not all – if I take off the bandages you can see how it’s gone all gammy.’

space‘Those creatures, those stinking, lousy, fish-stealing beasts have turned vicious. They spread diseases. They’re not just a menace to our livelihoods – they’re a menace to our children.’

spaceThe room roared with agreement. Voices carried outside on the smoke.

space‘Who knows what they carry?’

space‘I propose we don’t just cull a few of them,’said Cammish’s voice, sure and harsh.’I propose we slaughter the lot of them – get shot of them once and for all.’

spaceTumult bubbled up like a geyser and rained out across the harbour. A coarse voice bellowed, ‘I second that!’

space‘Let’s have shot on them for good.’

spaceMattie stood up. He didn’t care if they saw him. He had to do something.

6 thoughts on “The Secret of Scoresby Nab Episode 31”