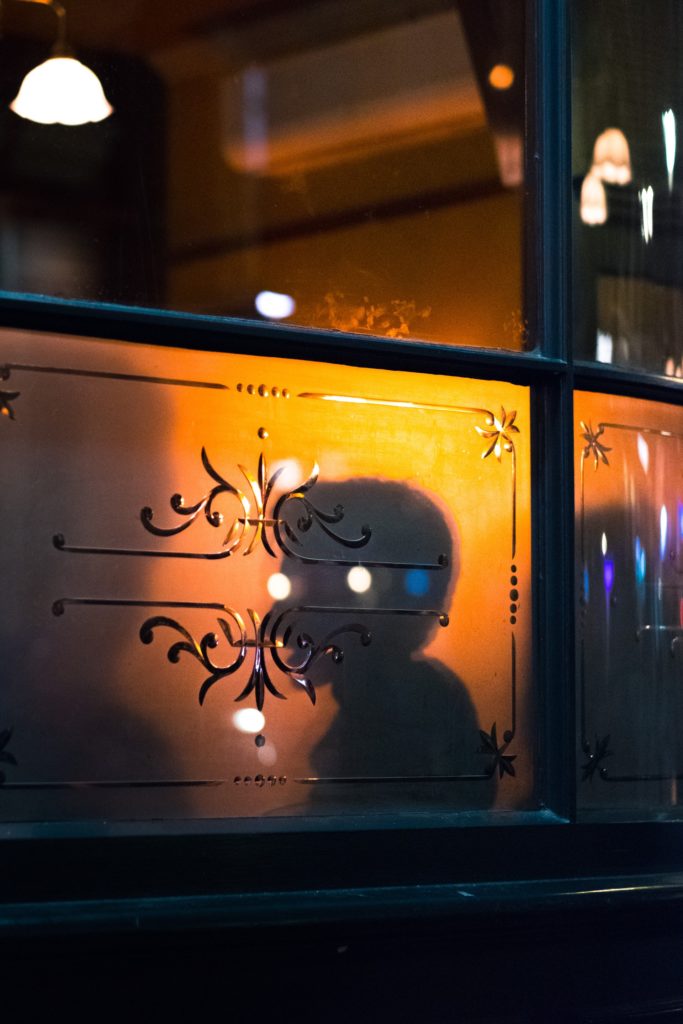 This is part of the tale is told in drunken shouts from pub windows and one quiet, determined voice . . .

Inside The Hand of Providence, the gavel came down three times. Alderman Weighell’s voice regained control.

space‘Gentlemen, gentlemen – let us proceed in a proper fashion.’

space‘As I understand it, Mr Cammish proposes we eradicate the seals for ever. This was not the original plan – therefore we will need to have a vote so that our proceedings are all legitimate and above board.’

spaceHe received fierce agreement. Nobody wanted folk from the neighbouring villages criticising them. The butcher went on.

space‘Before we proceed, I would like to point out a few salient facts. If we empty the Nab, we will not be able to exploit this valuable resource in future. I will not be in a position to offer payment for the carcasses resulting – and my esteemed friend and colleague here, ’Mattie stood on tip-toe but could not see who it was, ‘will not be able to pay a premium for the blubber.’

space‘Therefore, I propose an expansion in the numbers taken…’

spaceA volley of hearty “ayes” burst out of the windows. Mattie curled up small. He pulled his hood over his head and held on to the fur trim. Clouds passed over the cold moon. His small shadow wavered around his feet. Whatever could he do?

spaceThe noise dwindled and the butcher cleared his throat.‘Those in favour of the extended cull…’

spaceAlderman Weighell didn’t finish his sentence. Ayes exploded and ricocheted round the room.

space‘That seems fairly decisive, gentlemen. Thank you. Notices will be issued in due course.’

spaceEli Cammish stormed downstairs, his stick thumping on the stone steps. Scores of angry locals followed him round the corner. Mattie shrunk into the shadows, his back hard against the brick wall. Cammish turned to his companions, stick raised.

space‘We’ll see who’s got more clout round here – a proper fisherman – or a jumped-up nought of a butcher.’

spaceCammish spat and stomped away. Mattie waited until the rabble had gone. He slinked back to Nab House, trembling and hollowed-out like a grass stalk in a gale.

Sunday morning came after a restless night. At breakfast, Mattie hid behind his book. His thoughts argued and nagged and worried. He couldn’t escape them. The words on the page wandered like ants. There was only one answer but . . .

space‘Wakey, wakey –come on, lad, get your nose out of that – your Grandma’s asking you summat.’Granddad’s voice was warm and amused.

space‘Sorry,’ Mattie said. Grandma poked a spatula into a frying pan on the hob.

space‘Do you want another rasher of bacon? This one’s going begging.’

spaceHe thought for a moment. It would buy him more time.‘Yes please.’

spaceGranddad got up from the table. ‘Right – I’m off. Owt in particular you want off the allotment?’

spaceGrandma shook her head and he left. When every trace of food had gone, Mattie took his plate over to the sink. He spoke to his grandmother’s pinny.

space‘Grandma – can I speak to you – in private?’

spaceShe nodded. ‘Now’s as good a time as any, I reckon. Come with me towards the Meeting House. It’ll be quiet that road.’

spaceHe followed her up through a brown and dusty tunnel of squat trees. He’d never been along this trod before. A stream burbled down one side lost among nettles, dead flowers and dry grass stalks.

spaceHer footsteps slowed.‘So, what is it you wanted to talk about?’

spaceHe caught up with her, avoiding the twisting tree roots. They walked on a few paces, side by side. The words wouldn’t come.

spaceHe focused on a bramble crawling up to the sky and took a deep breath.‘I want my sealskin back.’

spaceAhead, a wooden stile led into a field. He let Grandma heft herself over it first. She held onto her hat and then brushed down her Sunday best coat. He scrambled over and stood in front of her. ‘I have to tell the seals about the cull – I have to warn them.’

spaceShe pushed her handbag up to her elbow and gave him a sad smile. ‘They already know. They don’t need you to tell them.’

space‘How can they “already know”?’

spaceHer voice was quiet.‘It’s been going on for centuries, Mattie, there’s nought you can do.’ She walked on. He stood still watching the grass blow.

space‘I have to try,’ he shouted after her, ‘They’re my family.’

spaceHer head whipped round. She frowned and marched back. ‘Keep your voice down, Matthew Henshaw.’

spaceHer low and urgent tone made him draw closer.‘Because no one knows, because no one need ever know, because you have a chance of escaping the taint.’

spaceShe came right in front and looked him in the eye. There was a catch in her voice.‘You know perfectly well what happens to webfoots round here – like Lorna. I’ve kept you safe – and now you want to throw it all away.’

spaceHer steel grey curls shook. She pointed to a metal gate. ‘The quickest way back is down through there,’ she said briskly. Then she straightened her gloves and walked off uphill.

spaceThe wind whipped his hair into his eyes. They smarted and watered. He looked out to sea over the Nab. No sign of the seals and the wind tore their songs away. He shivered and fastened his parka. The fur on his hood trembled. Shadows of gulls wheeled around him like his thoughts. One more gust and he thundered up the path behind Grandma. He pulled open the gate into the burial ground and let it slap back on its spring. The paving stones bruised his feet after the springy turf. He dodged round his straight-backed grandmother and blocked her way.

space‘You hated her!’ The words scraped out of his throat like poison.‘You hated her – you know she’s out there and you won’t let me go. You just want her to die.’

spaceHe stuffed his hands deep into his pockets and held onto the seams. His anger wanted to shake her, to rattle the truth out of her but he wouldn’t let it.

spaceHe let go of the cloth and his hands sprang out into fists.‘What is it then?’ His nails dug into his palms. He wouldn’t let the rage hit her, no matter what. ‘Why won’t you let me have my skin back?’

space‘I couldn’t bear to lose another one to the sea.’ She turned her gaze inland.

spaceHe moved so she had to look at him. ‘You know I would always come back home – please let me have it.’

spaceShe stepped back and set her shoulders as firm as boulders. ‘I can’t – you see, I couldn’t take that risk.’

space‘I had it burnt, Mattie.’

spaceHis hands slowly unfurled. He stared at her stony face. A dry sob bruised his throat and his chest collapsed. A howl of grief died inside his ribs and he ran.

6 thoughts on “The Secret of Scoresby Nab Episode 32”