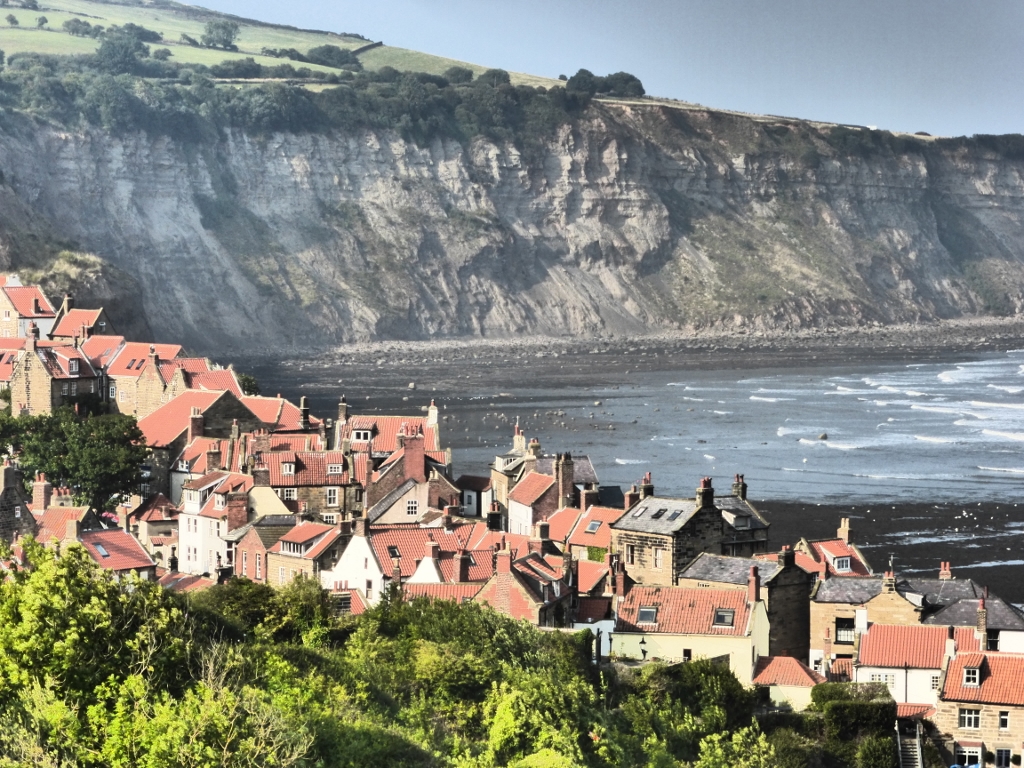 This is a tale begun in patterns of limpets clinging to scaurs in the North Sea . . .

The Pilgrim welcomed her listeners inside the Chapel-in-the-Sands one evening when the weathervane spun and squealed. White horses reared and plunged among the green hills of waves. Stained glass trembled in its lead calmes and sand drifted in under the door.

The Pilgrim handed out blankets and cushions, then sat to start her story. ‘This yarn comes from the northern coasts where storms are plenty and life is hard. The fisherfolk of those rough shores still use boats the Norsemen would recognise.’

She flung a shawl over her hair and began in a low voice:

Everybody in the Bay knew of the Gaffer, but nobdy knew him. A blow-in, he kep hissel to hissel. Said nowt more than How do if met on the street. Sometimes Aye or Nay, or the length of a rope in the chandlers. Come day’s end, Usual ordered in The Dolphin.

Nobdy knew what the Gaffer reckoned about owt. There were clues to his road of thinking: the spare neatness of his net shed. Windowframes painted regular. Cared-for rows of spud and leeks in his yard. Never owt fancy.

He met nobdy. No chapel nor church. One pint a night. He saw all and he supped his ale and he said nowt. Happen he listened an-all.

Rumours about him came in huggins, mind: a fortune bulged beneath his mattress; he were run out of Staithes for smuggling; his real name were a secret kept from a gang. The one thing all the Bay folk agreed on were his luck with his catch. When every other coble came back harbourwards empty, his would allus be full.

Sometimes poor folk found fish on their doorstep, but he never let on. Who kept the like of old Widow Bedlington and the Moorsoms down The Bolts from starving were never said.

Yet the biggest mystery were that he never took on a lad. All the coblemen and creel-haulers had a lad – but not the Gaffer. He could have picked from many a lad. Derek, lanky third son of Jackie Fawside, he were handy wi net-mending. Had an eye for neatness an-all. Bay folk all reckoned he’d do well – but not the Gaffer.

Alastair Rickinson from Upgang road  knew his way round a coble. Nobdy to go out wi since his father drowned. Him and his mam needed the brass – yet the Gaffer never so much as offered him a day’s trial. Same wi Luke Skerry: a brisk, nifty lad, he give up the waiting and took off in a whaler from Whitby.

No end of good fishing stock waited for work in the bay. Their fathers and uncles spoke wi the Gaffer in The Dolphin. He listened right enough while his pint lasted – but he never took on a one. Folk stopped asking. He’d allus fished alone and they reckoned he allus would.

Then come the day when he give them all a turn. He said nowt hissel, but his coble were spotted wi two bodies aboard. One well-known, scrawny and bearded, tother broader and new. Folk gawked as the coble came to Scaur Landing, brimming wi lobsters and crabs. Some gurned with silent sniggers. Others turned away. Nobdy reckoned he’d take on Daft Johnny.

Yet there Johnny were: smiling like a clock dial moon, loading creels on land wi ease. How’d he learned owt so handylike?

Anyone wi eyes in their head could tell Johnny were treated right by the Gaffer. He’d a grin on him as broad as a shovel. He took care coiling ropes and baiting lines – he’d no need to speak to show his pleasure. And his fierce mam made no complaint.

Once Ma Hewitson felt the heaviness of the brass in Johnny’s pocket and knew he’d not been short-changed, she’d not have a word said agin the Gaffer. No matter if folk said his face were a right bag of scowls and he were tighter nor a barnacle on a boulder, she were content.

Years of working hard enough for both of them fell from her. Their little yard bloomed wi  flowers among the vegetables. New curtains took the place of holed and mended efforts. Johnny had the choosing of them – he’d an eye for colour. A rippled silver-blue he smiled at so fond, his mam had to have it. It minded her of the scales on a tunny fish – but Johnny said nowt. He never did.

That’s what made Bay folk call him Daft, his lack of speaking. Not that they’d dare in Ma Hewitson’s hearing. She would have none of it – an neither would the Gaffer.

Together Johnny and the Gaffer hauled nets and nets of silver herrings and blue-scribbled mackerel. Round their narrow-gutted terrace, the cats grew plump and purring and nobdy starved. Whatever the Gaffer’s secret were, none of the fisherfolk learnt. Cobles followed at a good distance out of pride. Johnny and the Gaffer landed well every trip. Some folk whispered they mun be in league wi t’Old Lad, the Devil. Most laughed at that, still they made wonder at such unlikely skill. 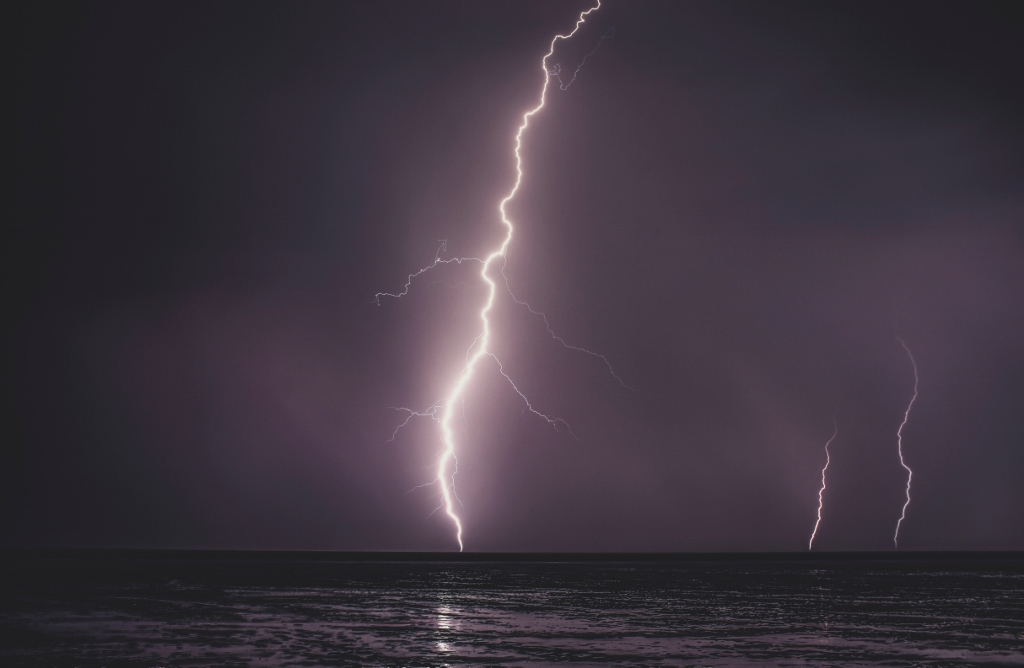 Photo by Zoltan Tasi on Unsplash

Lightning blazed through the Chapel windows. Thunder shook the oak-planked door and villagers in wet weather gear poured inside.

The Pilgrim rose. ‘Time to go home,’ she said. Most children ran straight to their families.

The Boy with the Crooked Grin tugged at her shawl. ‘What happened to Johnny and the Gaffer?’

‘I’ll tell you next time – now get home fast. There’s a high tide and the wind behind it.’

2 thoughts on “The Gaffer and Johnny I”