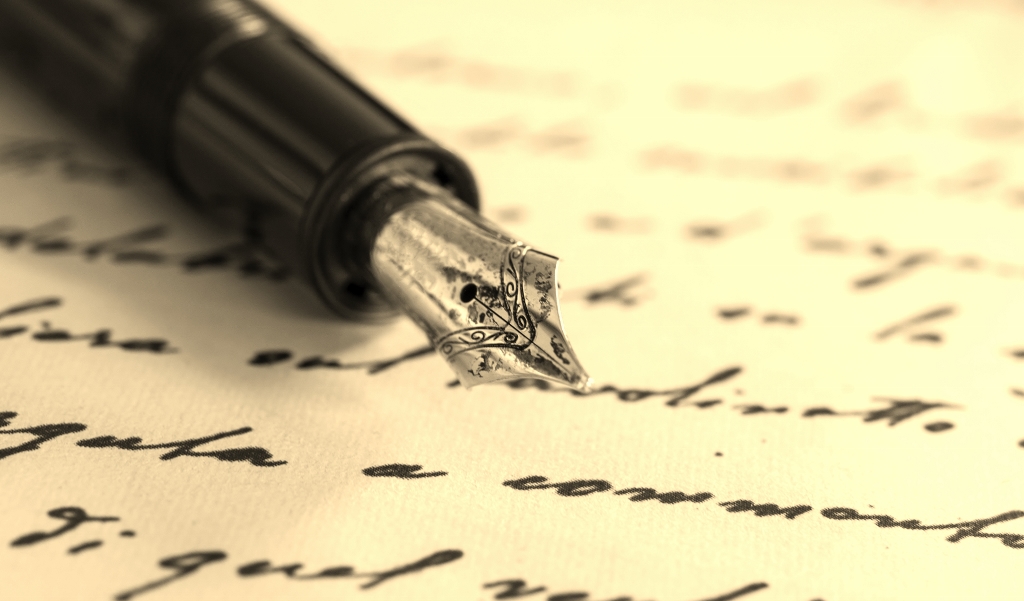 This is a tale told on thin yellowed paper with a careful nib and joined-up writing . . .

Mattie didn’t stop while he reached the gleaming sign for Mrs Harrop’s Boarding House. The gate into the yard banged back on its spring and he took the key on its bit of string from under his shirt. He turned the key in the lock quietly and opened the door. A sharp voice rang down the hallway.

space‘And you can take your mucky shoes off before you come in my nice clean house, Matthew Henshaw.’

He mouthed her words wearily and sat down on the doorstep. High heels clattered behind him. A smell of cigarettes and salon chemicals intoxicated the air.

space‘I’ve a message from your father– he’ll be late back and Mr Brummit wants the paperwork tomorrow.’

Matt stood up and brought his shoes inside. Mrs Harrop checked her hair in the hallstand mirror then tied a chiffon scarf under her chin. She bent down to put her lipstick on.

space‘Right – if you go out, lock up. We’re off for a spin in Mr Eastwood’s new Vauxhall. You know where everything is?’

She straightened up and called upstairs.

space‘Time we were off, Sherida.’

Mattie moved into the corner. The landlady’s daughter swept down the staircase and made a twirl in the hall. Two clouds of golden curls tied back with fat satin bows spread out almost as far as her frilly dress.

space‘Oh, you do look lovely – those new ribbons suit your baby blues.’

Mrs Harrop ushered her daughter outside. The front door clattered. A car pulled away. Mattie counted to three and flung the door open. The reek of perfume and fags blew away. When it got chilly, he shut the door. He padded into the kitchen in his thin grey school socks. Cold welling up from the lino made his toes ache.

The sunset gave up trying to brighten Mrs Harrop’s kitchen. Mattie pulled the cord for the kitchen light. With a hum a neon ring lit up in the centre of the yellowy ceiling. He poked round in the bread tin. Two end slices of a large white Supaloaf lurked. It took some scraping to get the last of the meat paste out of its little jar. He made the thin pink and grey sandwich last for ten chews. Then he hunted through the cupboards. Nought else left to eat: he din’t count gravy browning or blancmange powder.

Best do his chores, he reckoned, before Dad got back. Where had Dad left the time sheets?

Upstairs a dull orange glow filtered through the nylon net curtains into their room. His footsteps made Dad’s spindly bedside light wobble. He switched it on. Nought else stood on the bedside cabinet but an unused Waddington’s Playing Cards ashtray. He looked down the side of the bed by the rug and then underneath: just dust and Dad’s slippers.

He flumped on the bed and it sagged.

Dad should’ve left it somewhere obvious. Got it with him, most likely. If he weren’t up-to-date and West Riding Haulage were inspected, he could lose his license. Mattie didn’t want to think about that.

He pushed up from the metal bedstead and then stopped.

That was it – the bedside cabinet.

The little door opened with a creak. There were stacks of papers and letters one on top of another like Dad’s favourite cream-cake – the one with all the pastry layers. A clipboard balanced on top. Matt pulled it and half the pile of papers fell out on the floor.

He left them and scanned the time sheets: all up-to-date. He found a pen in the mess on the floor and filled in the tallies and totals required by the Ministry of Transport. The bulldog clip snapped shut round the pen. He left the board on the cabinet top.

He knelt to pick up the papers. The synthetic lambswool rug felt greasy on his knees. He scooped them towards him with his forearms, then patted the pile into something squarish and shuffled forward to pick it up.

A letter caught his eye: fancy copperplate handwriting from a Scoresby address. He sat up and read it. He read it again and then just sat.

A car headlight scraped white lines across the ceiling. Matt wiped his nose on his sleeve, folded the letter up and pushed it into the middle of the pile. He took the lot, put it in the bedside cabinet and shut the door.

Whistling came in off the street. He stood up and rubbed his calves. He knew that tune: Sweet Lass of Richmond Hill. And he knew who was whistling it.

He switched off the lamp and dashed downstairs. The kettle was on and the clipboard in his hand before the key turned in the lock.

Dad held up a steaming bundle of newspaper.

space‘Go get the salt and vinegar, pet. While the cat’s away, eh?’

Mattie made tea, then put Mrs Harrop’s silver-effect cruet set out. Dad took a bottle of ketchup from his coat pocket and set it ceremoniously on the Formica table.

space‘Oh – the proper stuff, not the corner shop cheapo. Thanks, Dad.’

When Dad threatened to drench his chips with Leighton’s Best Malt Vinegar, Mattie spread one hand over them and brandished his chip fork with the other.

space‘Gerroff! Keep your brown poison to your sen.’

Dad retreated. They sat and munched in almost-silence. Mattie picked up the teapot.

space‘I’ve done the Ministry Of Transport returns. Your time sheets took some finding. They were in your bedside cabinet.’

space‘Oh, aye. That’ll keep Brummit off me back.’

Mattie put the milk in and began to pour. He didn’t look at Dad.

space‘Dad – what really happened to Mam?’

Dad stabbed a big crispy bit of batter with his fork. He crunched it and chewed slowly. Mattie put the teapot down and replaced the tea-cosy.

space‘Well. You were only a bit of a bairn-’

The sound of a car pulling up reached the kitchen. Dad put his fork down with a tink.

space‘That’ll be Mrs Harrop now. Best get straight sharpish-like. I’ll take papers out, you put the kettle on again.’

Dad leapt up, crushing the scraps inside a ball of newspaper.

space‘Look at the time. Off to bed, I’ll see to the tea.’

Though the bedroom was dark, he didn’t touch the light switch. He stood by the window, gazing up at the stars for a long time, thinking – then slid into bed.

8 thoughts on “The Secret of Scoresby Nab 4”